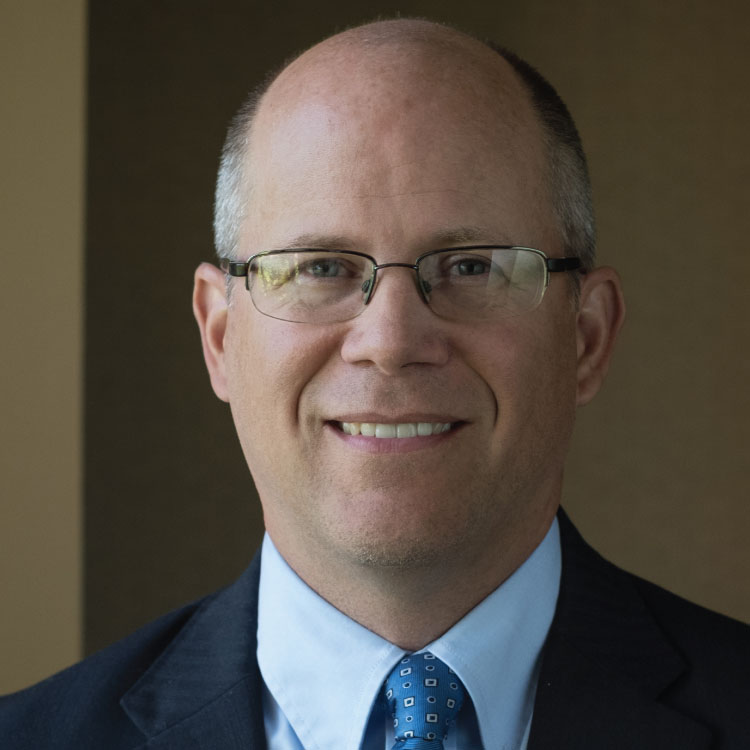 Tim has been with Johnson Investment Counsel since 1995. He is a Senior Managing Director of Johnson Wealth Management in Cincinnati, Ohio, and is also a shareholder of the firm. He holds the Chartered Financial Analyst (CFA) and Certified Financial Planner (CFP®) designations.

Tim Gehner met his wife, Fidelina (it’s pronounced FEE-day-leena), on a mission trip to Honduras, in 1997, two years after joining the firm. He grew up in White Oak. She grew up in a small adobe house on the side of a mountain in one of the poorest places on the planet. No electricity, no running water. But she was a good student.

Public school there ends at grade six, but her teacher said she could go further. Her parents sold a couple cows to send her away to school. Then she applied for a scholarship program in the U.S. and found her way to a junior college near Fresno. She had never been on a plane and knew no English. But she was a good student.

She returned to her community on the mountainside and found a job with Catholic Relief Services. She heard a medical relief mission was on its way from the states, so she took off a week to volunteer as a translator. She met Tim on that mission, on a hike out into the hinterlands tasked with weighing kids and doing surveys.

“We exchanged letters for a year – it took three weeks for my letters to get to her. All of her letters were about getting support for her church, and all of mine were about helping her make that happen. It was, as far as we both were concerned, a platonic relationship. A year or so later, my brother, Mike, told me I ought to fly her to Cincinnati, and decide what to do next.”

The plane landed at CVG, Fidelina found her way to where Tim was waiting and that was all she wrote. She stayed with Tim’s parents. That first night, Tim’s mom and dad thought they’d met a future daughter-in-law. Two days later, Fidelina and Tim decided to get married. The engagement lasted a year, until their wedding day in 1999. They would name the daughters who came after Ana Lucia, Grace, and Elena.

Tim has been on 17 more trips to Honduras, mostly mission trips but not all. He takes his family each year to visit Fidelina’s family on the mountainside. In the evenings, they all sit outside talking and telling stories. The point is, Tim cares about helping people. Honduras and his wife’s ties there continually renew a perspective that affects his life and the work he does.

“Life happens in stages. There’s the stage when people are interested in accumulating and making sure they’ll be OK. Then different priorities come into play, and people think more about legacy and meaning. They think about how they can live their lives with significance. They think about what kind of legacy they’re leaving for their kids – not just with money but with caring and values.

“When I came here, to Johnson Investment Counsel, I could sense the values right away. I knew that this is it, this is where I fit, the values are right.”
Executive Leadership
Wealth Management
Family Office Services
Asset Management
Trust Company
A B C D E F G H I J K L M N O P Q R S T U V W X Y Z