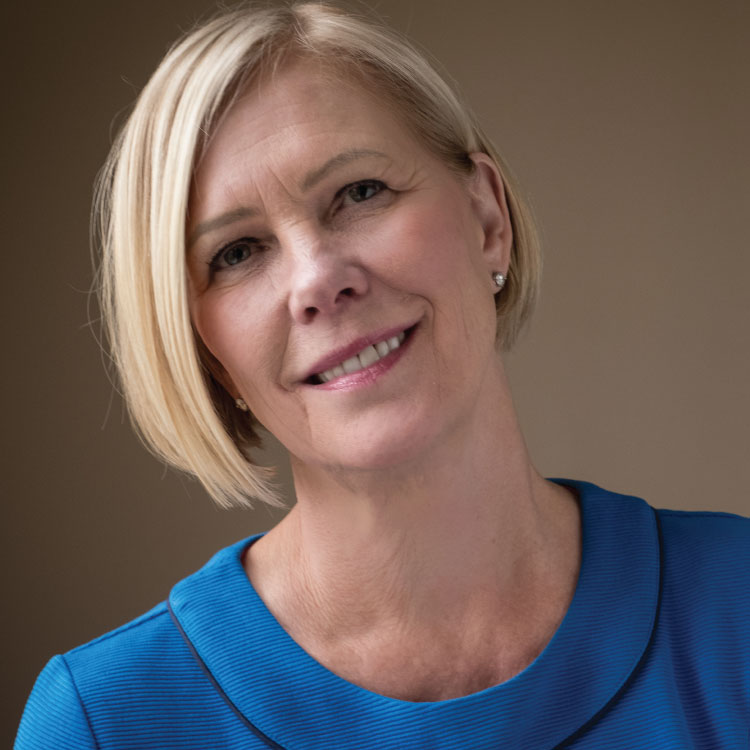 Sharon joined Johnson Investment Counsel in 2007 and is a Senior Portfolio Manager in our Wealth Management division. She is a shareholder of the firm and holds the Certified Financial Planner (CFP®) designation. Sharon also has the National Social Security Advisor (NSSA) certification. She has worked in the financial services industry since 1987. Before joining the firm, she was a Vice President at PNC Bank and a Portfolio Manager at Fifth Third Bank.

Since she was a small child, Sharon Tallman has been wired to (a) do the right thing and (b) try to make a difference. Those are two primary themes in her life.

She grew up northwest of Detroit, in Garden City, Michigan, the third of four children. Even as a child, Sharon enjoyed hard work. She began babysitting when she was 10 and often set up lemonade stands or arranged events for the kids in the neighborhood. “When you were a kid and wanted money, it wasn’t just given to you. You had to work for it.”

Growing up in Motown, Sharon was all about the music: The Temptations, the Four Tops, Marvin Gaye, the Beatles, and the Rolling Stones. Her father was an engineer and a musician. He would convene big band parties in the backyard. Taking his lead, she played cello, clarinet, and classical guitar. She says her father also fostered in her a strong sense of responsibility.

She left home at 18, and married her high school sweetheart. They divorced years later, and she found herself raising her three children on her own. To support the family, she waitressed at an upscale restaurant while working for Merrill Lynch in an entry-level job and taking night classes at Oakland Community College. Inspired by her straight A’s, her children were all honor roll students. When people would ask how she managed, she’d reply, "You can do anything. You just have to make a decision and commit to it.”

During those years, she also taught Sunday school and did volunteer work with homeless folks. Every quarter, her church partnered with the South Oakland Homeless Shelter, housing people in the church who had nowhere else to go for the weekend. Sharon volunteered for the Sunday night shift, which meant staying up all night to make sure everything was all right and listening to anyone who needed someone to talk to.

“I did it because I wanted to help. I realized I was the one learning about life from these people. I also learned to not to judge people based on their circumstances because one can never fully know what led them to where they are.”

In 1994, Sharon and her children moved to Cincinnati. She took a job with Fifth Third Bank and enrolled at Xavier University to complete her degree. The essential Sharon hasn’t changed. She still wants to help people and leave the world a better place.

Her priority is work and family. A focal point in her office is a collection of photos of her five handsome grandsons and beautiful granddaughter, all blonds like her. She usually has a couple of books going at any given time. Her interests range from live theater to concerts to golf.

“Finance isn’t my passion – it’s my job. My passion is helping my clients … I see a huge need with seniors in terms of the challenges they face as they get older. I have many elderly clients with kids who live in other states. Many are overwhelmed with modern technology and making sure everything is in place.

“So I’m here to help. I don’t want to see them worry. I want to take that away. It’s something I can do.”