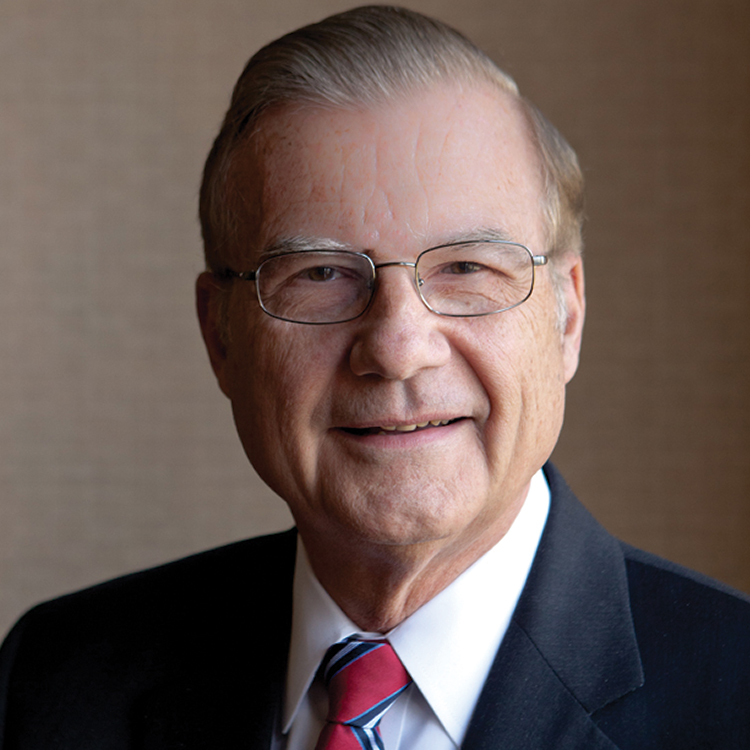 Timothy E. Johnson, Ph.D., is a financial and investment consultant, a Professor of Finance at the University of Cincinnati, and the Founder and Chairman of Johnson Investment Counsel, Inc. He started the firm in 1965, based on his interest in sound fundamental security analysis and portfolio management as well as his desire to bring theory into practice and provide comprehensive financial counsel. He is the author of three textbooks, has written numerous journal articles on finance, and has spoken at many seminars around the country.

University of Cincinnati College of Business,
Professor of Finance

Here’s what it was like for Tim Johnson growing up: The principal had a paddle, people didn’t lock their doors, and everyone went to church. It seemed like all the kids took piano lessons, although Tim took up the violin. People lived in modest homes, everybody had enough to eat, and the worst thing anybody did was smoke in the boys’ room. Life was good. But then, Tim says, it’s always been good.

He was raised in Pittsburgh, the son of a mechanical engineer whose name appears on a few dozen patents from the war years. Tim became a taxpayer at age 12. He had four routes delivering the Pittsburgh Press. His bicycle cost $20, and he paid for it himself.

His first job out of college was with the management-training program at B.F. Goodrich. Four nights a week, he worked on an MBA at Akron U. His boss used to ask to see his term papers. A year later, the company treasurer called Tim, said he’d been reading his term papers, and suggested it was time for Tim to move upstairs.

He had dabbled in investing with his dad, then, started doing investing on his own. In 1965, his first client came along. People began asking him for help with investing, then another, then another. Next thing, he decided to try his hand at teaching. He found a job at Western Illinois University in Macomb, Illinois. Oh, and while he was at Macomb, he became a pilot.

At the same time, he was accepted at the University of Illinois in Urbana, to pursue a PhD. So there he was, a full-time student and a full-time teacher. The two schools were 150 miles apart. He made the commute twice a week for two years. He seems to recall that the speed limit was about 80 or something.

“I was not a very idle individual. A lot of it has to do with a sense of purpose. You don’t waste time. It’s like, God gives you a life – what are you going to do with it? Aren’t we all called to be servants to one another?”

He married his wife, Janet, in 1970, and took a teaching job at the University of Cincinnati. His goal was to teach finance at the doctorate level. He settled in College Hill. He and Janet have four grown children – Paul, Sarah, Susan, and Linnea.

He drives an 11-year-old car that looks still good to him. It is of no small satisfaction that he built his business, as he says, one brick at a time – satisfaction, not pride. For fun, he likes to help people with their finances. He does own a set of golf clubs. He doesn’t see the cup as half empty or half full. He sees it as all the way full.

He is filled with gratitude for the family he has and for his parents and grandparents. “I’m a stoic Swede,” he says. “My grandfather came over on the boat from Sweden and worked hard and told all his kids, ‘We will speak English in this house.’ My dad was a product of that. So am I.”