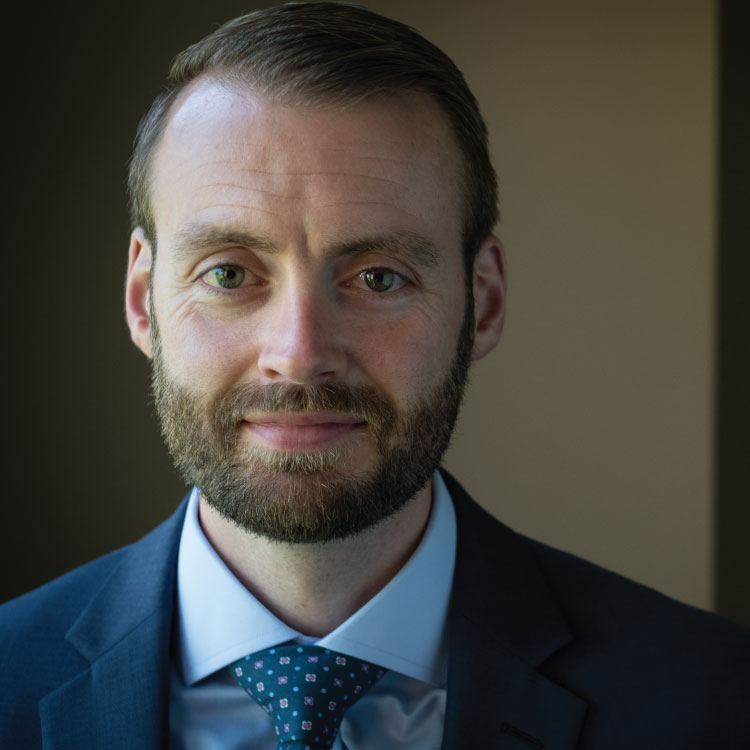 Matt is a Senior Portfolio Manager in Wealth Management with Johnson Investment Counsel, Inc. and joined the firm upon graduating with a B.B.A in Finance from the Carl H. Lindner Honors-PLUS program at the University of Cincinnati's College of Business in 2007. Prior to UC, he attended St. Xavier High School. Matt is a sharholder of the firm and also holds the Chartered Financial Analyst (CFA) designation and Certified Financial Planner (CFP®) certification. He resides in Oakley with his wife and their two children.

For a guy in his later 30s, Matt Yung (pronounced “young”) is an old soul. He goes deep quickly and is not inclined to chitchat. He talks convincingly of lessons he has learned, about how those lessons are definitely in his bones.

“You don’t realize it growing up, but your parents sacrifice. In my case, they sacrificed to send me to private schools. They made sure I knew the importance of working hard for something I wanted. For example, they didn’t buy a car for me when I turned 16. They said if I wanted a car, I’d have to work for it. They always drove older cars back in the ‘90s, when all the other kids’ parents were driving the latest and greatest SUVs."

“As a kid, you notice that stuff. At the time, you think your parents are being unfair when they won’t take you to McDonald’s for a Happy Meal. But as you grow up, you begin to see the results of all these little lessons. I have met many kids who were given mostly everything growing up. Then you grow up. And you finally realize you’re better for what your parents gave you and didn’t give you. My parents, more than anyone, are to blame or to praise for the way I turned out.”

Matt grew up in North College Hill. It was a house full of mechanical engineers. His father is retired from Duke Energy, his brother is an engineer and his sister is studying to be one. The only ones who are not engineers are Matt and his mother, who is an RN in the cardiac cath lab at Children’s Hospital Medical Center.

Another of Matt’s lessons was learned in the summer before his senior year at St. Xavier High School, on a mission trip to Mexico. “Until you get out of this bubble, the bubble of the United States, you do not realize how fortunate you really are. You do not fully appreciate the little things, like running water or lights coming on when you flip a switch. Even so, as poor as these families appeared to be, they were some of the happiest people I’ve ever met.”

He remembers the day the letter from the Carl H. Lindner Honors-PLUS Program came in the mail informing him he had been accepted and awarded a full scholarship to UC. “It was the day I ceased being a burden to Mom and Dad. I thought to myself, ‘Thank you for everything up to this point. I can take it from here.’ It was a great feeling for my parents as well. They knew they’d done their job.”

Matt has his Chartered Financial Analyst designation. It involved three tests, one each year for three Junes in a row. To prepare for each exam, it requires 15 to 20 hours of studying per week from December to June. “The joke around used to be, ‘Do you have a girlfriend yet?’ I’d respond, ‘Yes, and her name is Ms. CFA.’” Matt is also a Certified Financial Planner. He is now married to his lovely bride Shannon and they have two children.

The bottom line for Matt is that he was taught by the people who loved him most to work hard. “Something I believe in: Get to work before the boss does and don’t go home until after he or she has. If you want to advance and improve in your career, you have to watch the person in the position you want and do a little better, stay a little longer.”