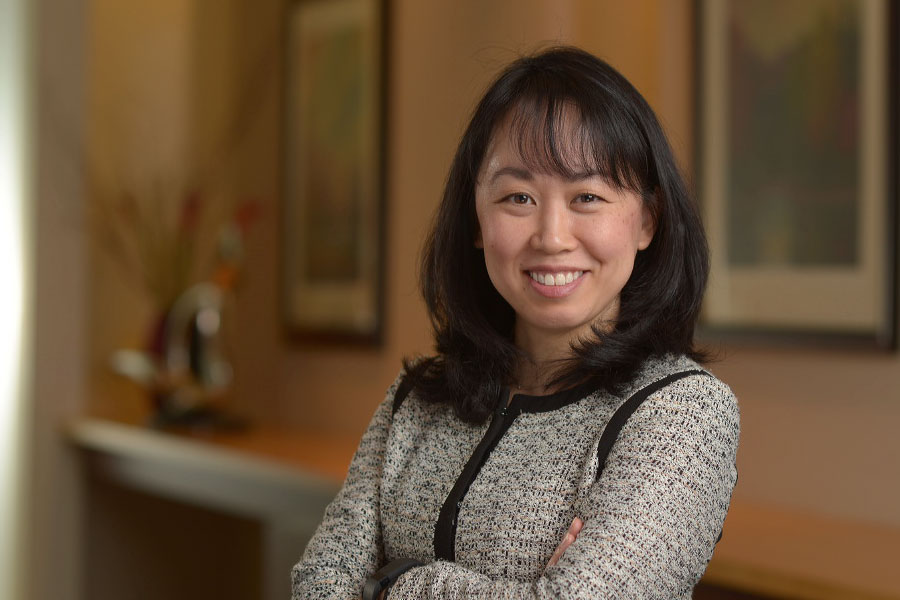 Alethea Teh Busken might not look like it, but she’s a midwestern girl through and through.  She thinks of herself as a walking melting pot.  Her dad is Chinese from Malaysia, her mom is Japanese from Hawaii and they met in college in Utah, at Brigham Young University.  She grew up in Bloomington, Indiana, speaks fluent Spanish and her first name is Greek for truth.

Her parents named the first of their four children after a character in the 1970s TV series, “Kung Fu.”  Her parents were taken in particular with an episode where a character played by a young Jodie Foster witnesses a murder.  She’s under the mistaken impression that David Carradine’s hero, called Grasshopper, did the deed.

As fond as the girl is of Grasshopper, she feels obliged to testify against him. When she realizes the townsfolk aim to string him up, she claims she was lying. In the end, Grasshopper proves his innocence.  The episode ends with him telling the girl, Alethea (pronounced Ah-LEE-thee-a, accent on the second syllable) that her name means truth.

“Pretty good name for a lawyer, right?” says the actual Alethea, who put herself through law school at the Chase College of Law at Northern Kentucky University.

She looks back on her childhood and sees a sassy, precocious girl.  She took music lessons, “like all good Asian girls,” she says, and still plays, mostly classical music. A small upright piano is within easy reach from her desk at her home in Madeira.  In the ‘90s, she met a guy at Brigham Young and married him.  He was from Cincinnati, so they came here after putting him through grad school.

The marriage ended a decade ago, but Alethea came away from it with a daughter who, as of this writing, was 15.  Her name is Melina, the feminine derivative of another Greek word, this time for honey.  One of the coincidences of Alethea’s life is that she started law school on Melina’s first day of kindergarten.

Prior to that, Alethea spent time in various roles at the Cincinnati YWCA.  “I got a good look at the local nonprofit community and at local women lawyers who were doing great things.  Good women working to make good things happen in the community.  I liked them and thought I’d like to do that kind of work.”

The experience helped steer Alethea to law school.  She went on to practice estate planning law at a downtown firm.  After six years, she grew weary of the billable hour life.  She had the uneasy feeling she wasn’t giving enough to the firm or to her daughter.  Then, a trust counsel position at Johnson Trust Company opened in late 2021.

She says that, until recently, her life has been all about work, Melina and church service.  She recently took up running again and is getting ready to renovate her Madeira Cape Cod home.

She says her new role at Johnson Trust Company has given her the bandwidth and the space to restart her life.  “I’ve found kindred spirits here.  I’m working with lovely, high quality people who do an excellent job and who really do value the people they serve.”