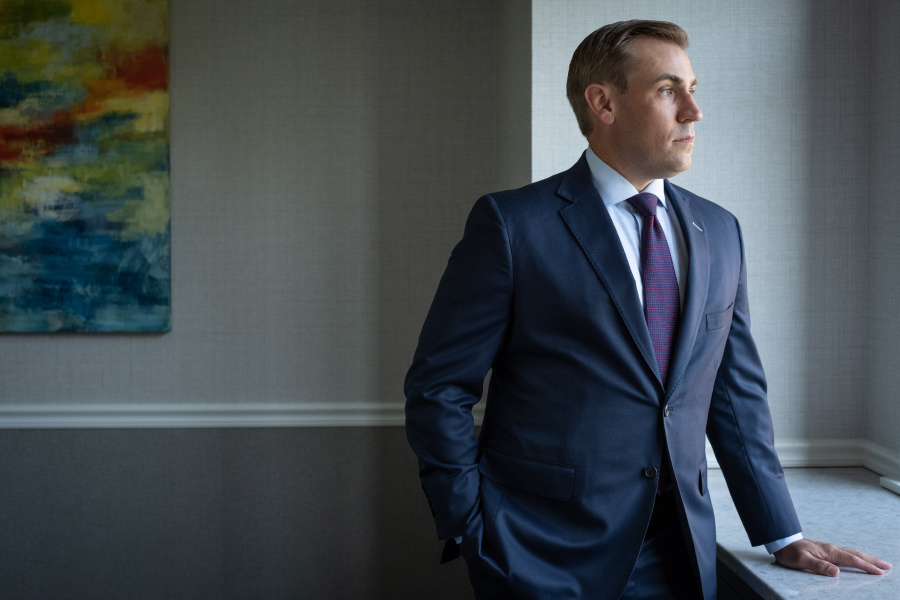 Brandon Zureick (sounds the same as the Swiss banking capital) seems destined (a) to have ended up with the woman he married and (b) be working for Johnson Investment Counsel.

Brandon is a Cincinnati boy through and through. He grew up maybe five miles down the road from JIC’s West Fork Road office. Also, his parents were long-time friends with Pam Thompson, who was Tim Johnson’s first hire more than half a century ago when he was getting his investment business off the ground.

Brandon met the girl he would marry when they were students at the University of Cincinnati. Her name is Kelley. He describes her as a spirited redhead of Irish descent. She was dating a mutual friend when they met. He says he lost a friend and gained a wife, not that there was any chicanery involved. But, wait -- there’s more.

“I asked her out after she broke up with my friend. For our first date, I was planning to take her to the driving range. She didn’t show up, didn’t call, didn’t text. Nothing. I got stood up, and that was that. Or so I thought.” Some three years later, Brandon was planning a Fourth of July pool party. A friend asked permission to invite “a bunch of girls.” Brandon said yeah, of course, cognizant that any pool party without girls could only be totally and irretrievably lame.

Among the girls who showed up was Kelley. Brandon instantly forgave her. They hit it off. This time, he asked her on a proper date, to a nice restaurant on Fountain Square. As of this writing, they’ve been married eight years, have two children – Thane, 5, and sister Claudia, 3 – and live in Mt. Lookout.

As a boy, Brandon was a soccer player and a rule follower. He’s not kidding when he says his parents used to threaten to ground him if he wouldn’t stop doing his homework, which he’d re-do over and over and over, striving for perfection.

His father is a finish carpenter who even now works six and seven days a week. Brandon gets his work ethic from him. His mother gave up a career as a computer programmer to raise her only child. From her, Brandon learned compassion and the idea that sacrifice is about giving up something you love for something you love more.

Brandon is a four-handicap golfer and a big-time peacemaker in that he’s uncomfortable with leaving issues unresolved. His maternal grandfather got him interested in investing. His paternal grandfather Hank Zureick, did all the locally famous pencil drawings for the Buddy LaRosa High School Sports Hall of Fame.

Brandon is a Fixed Income Portfolio Manager working with institutional clients. “It’s important for a strong investment person to operate from both sides of the brain – the creative and the analytical side. If you have only the latter, you have problems seeing anything in a different way.”