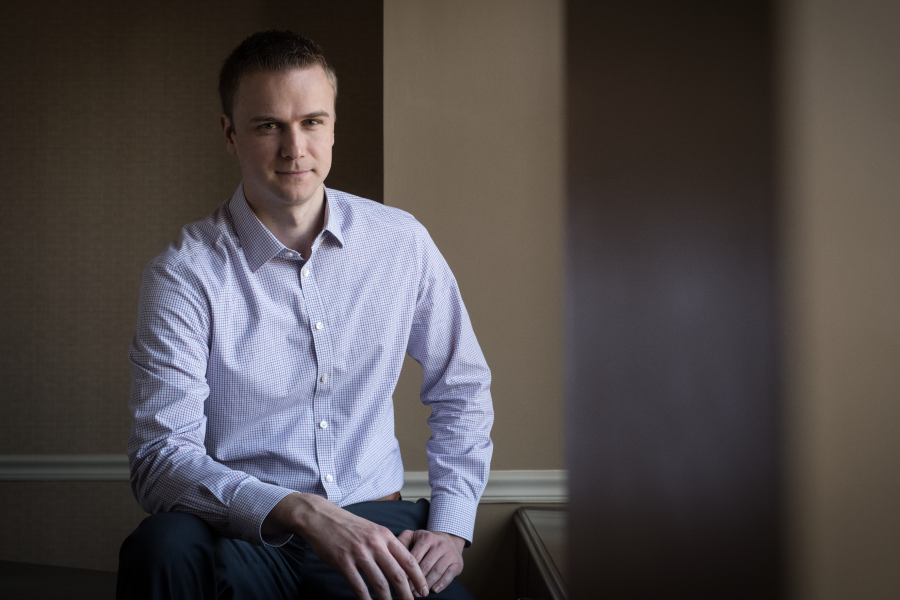 Brian Butt has never been one to engage half way. It’s all in or never mind. Let’s go down the list.

At the age of 14, he was ranked as high as No. 7 in the nation in tennis for his age group. People he didn’t know would bump into him on the street in Middletown and ask, “Hey, Brian, how’d it go in the tournament last weekend?” Tennis was his job in those days. Well, one of them.

The summer of his 12th year, his dad offered to buy him a decent mower if he got some other lawns around the neighborhood. Brian put together a flyer with a little story about himself and his goals, printed a bunch and put them in peoples’ mailboxes. Each summer, he’d add a few more lawns to his client list. It got to where he was mailing out 1,000 postcards a year.

Brian named it Luxury Lawn & Landscape – L3 for short. He bought a bunch of gear, including an Exmark Zero Turn mower. “I used to take pictures of my lawns. I kept it crisp, kept the lines really straight, and cleaned up after myself. I was one of the very few reliable young people around. I think people want to hire young people. They want to help out younger kids who are trying to amount to something.”

He learned how to market himself, how to relate to his customers, how to run a business and just talk to people. He worked on lawns in between traveling on the tennis circuit. He eventually sold L3 in 2011. Watching the trailer pull away with all his lawn equipment loaded on it was a bittersweet experience.

In his free time he enjoys working on projects for himself and also his friends and family from home renovations, making furniture, welding, and powder coating, the list could go on and on.  He’s not afraid to get his hands dirty.

Oh, and he also is an avid car enthusiast.  You will periodically find him at tracks like Mid-Ohio, Watkins Glen, etc. driving his high performance car on the track.  He does all his own maintenance on his cars as well.  On his bucket list is to get into a Formula One car for a few laps to see what it can do.

All of that above might give you a sense of the entrepreneurial streak he brings to his role as a Portfolio Manager.

“Working here is like hitting the jackpot as far as I’m concerned. I can do the right thing here. In the financial business, the manager’s profit is often the key, often the main thing they consider. But here, the client is the top priority.”