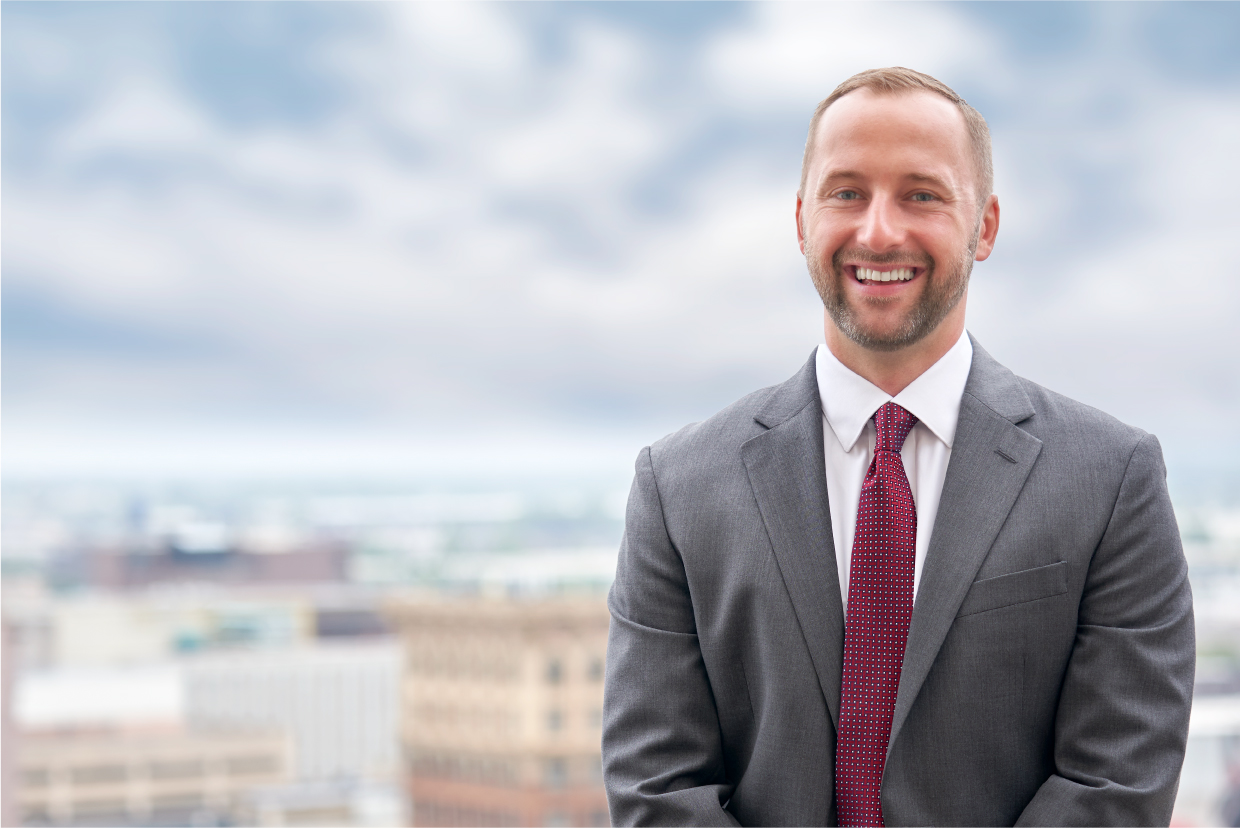 He was in the OSU library reading about vampires for his Eastern European and Slavic studies course. He was distracted by four other students at the next table having a lively conversation about their Introduction to Investment Management class. They seemed to really be enjoying themselves, he says.

“I remember thinking, here I am wasting my time reading about vampires. And there they are, talking about tech bubbles and stuff that’s real and now. I realized history could always be a hobby, but it’s about the past. I wanted to create a future, not just for myself but for others, too. So I switched my major to finance.”

Dan has learned this about himself: “I have a drive to do work that’s significant. Vampires are interesting, yes -- but not so important or meaningful. I need to do work that will bring about change, that has impact – work I can be proud of.”

Dan grew up in the Columbus suburb of Grandview Heights. His hero was his father who, as a kid, shined shoes at Chicago’s Union Station to help his single mother and two younger brothers put food on the table. When the State of Illinois decided the boy’s mother was no longer able to care for him, Dan’s father was sent to one foster home after another before settling in with a family on a dairy farm in a small town 50 miles south of Chicago called Manteno.

“From there, he became valedictorian of his high school class then did two tours of duty in Vietnam as a helicopter pilot. He went to law school on the GI Bill and became a malpractice attorney, defending physicians. He did lots of pro bono work for the homeless. Oh, and he was on the school board and city council in Grandview Heights. I’d have to say my dad has lived a significant life. He’s my example. He taught me the value of hard work, never giving up, being patient and more.”

Dan and his wife, Shauna, have four sons – James, Benjamin and twins, Jack and Charlie. He coaches the boys in their various football, baseball, basketball and golf endeavors. Shauna was a Big 10 champion at OSU, where she rowed crew.

The family takes a trip to Charleston every year. Dan is drawn to the city – “it was a significant place in the colonization of America; the tide of the revolutionary war changed after the British invaded Charleston. Ft. Sumter is there,” he says, “where the Civil War began.” Just because he didn’t become a history teacher doesn’t mean he’s not interested in the subject.

“The most satisfying aspect of my work here at the firm is the nature of the relationships I’ve developed. Money is a pretty private issue for most. When you can build the kind of trust where a client feels secure about sharing all that stuff with you, it opens the door to everything else – their hopes and dreams and their impact on the world. I don’t know how you can get more significant than that.
Management Team
Wealth Management Services
Family Office Services
Asset Management
Trust Company
A B C D E F G H I J K L M N O P Q R S T U V W X Y Z