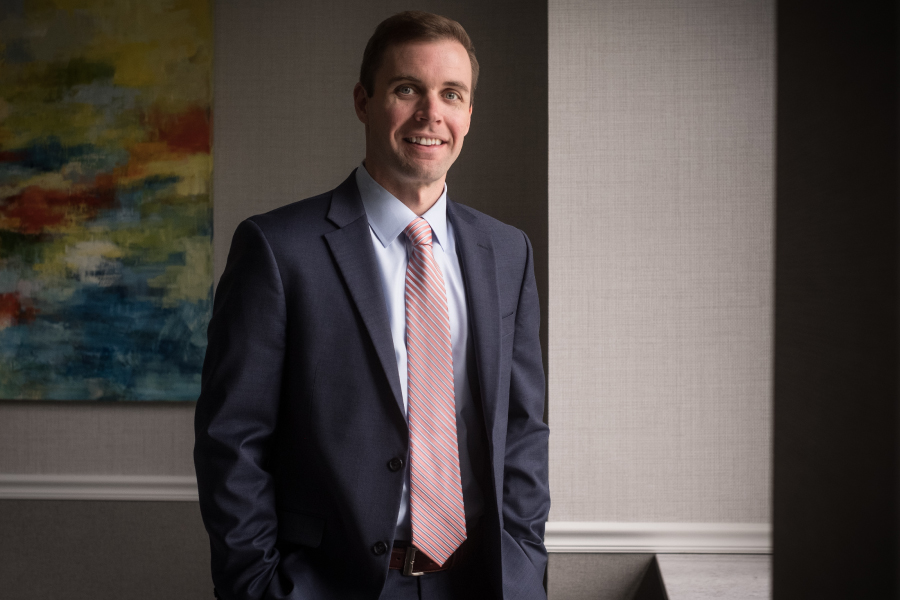 Senior Portfolio Manager, Principal
Wealth Management Services, Cincinnati - Kenwood
Simon Buchman’s boyhood home was just around the corner from the Johnson Investment Counsel headquarters. It was also the base of operations for his parent’s mom-and-pop enterprise.

Simon and his three brothers grew up working for their mom and dad in the vending business. On many summer days while his grade school pals were playing outdoors or at the pool, he was working with his dad earning his own money.

“It gave me an appreciation for hard work and the value of a dollar as a kid. I knew money didn’t just come from Mom or Dad’s pocket. I saw the work that went into generating each dollar. I keep that in mind with my clients today, that we’re being entrusted with their years of hard work and savings.”

While in college, Simon participated in a cross-country bicycling trip called “Journey of Hope.” Its goal was to draw attention to and raise funds for a range of non-profits supporting people with various disabilities. He raised $5,000 to join the team and pedaled some 4,000 miles from San Francisco to Washington, D.C., in 63 days. After riding an average of 75 miles per day in the mornings, the team spent afternoons and evenings visiting with some of the local groups “Journey of Hope” was benefitting.

“It was a once-in-a-lifetime experience. The physical aspect of riding across the country was anything but easy, although it was an amazing way to see America. But the lasting impact came at the end of the ride each day. I met such positive people – people focused not on what they couldn’t do but on what they could.”

“It helped me think deeply about all the blessings I have and, to this day, drives me to make the most of them.”

Simon and his wife, Megan, a first grade teacher, have two daughters. He says they are his main source of inspiration and thinks of his family as a team. He says the best thing he can do for his daughters is to love Megan so that their children might form the proper expectations for how they should be treated.

He will tell you that a key component to succeeding in his work is empathy.

“It’s imperative to put myself in my client’s shoes and think about what I would want if I were that person. What would I care about? What would matter to me?”

“Wealth is so personal. It’s truly rewarding to help families identify what wealth means to them and work together to develop a plan to grow, use, protect and distribute their wealth. The ability to do that at a firm that values integrity and puts the client first is a gift.”
Management Team
Wealth Management Services
Family Office Services
Asset Management
Trust Company
A B C D E F G H I J K L M N O P Q R S T U V W X Y Z