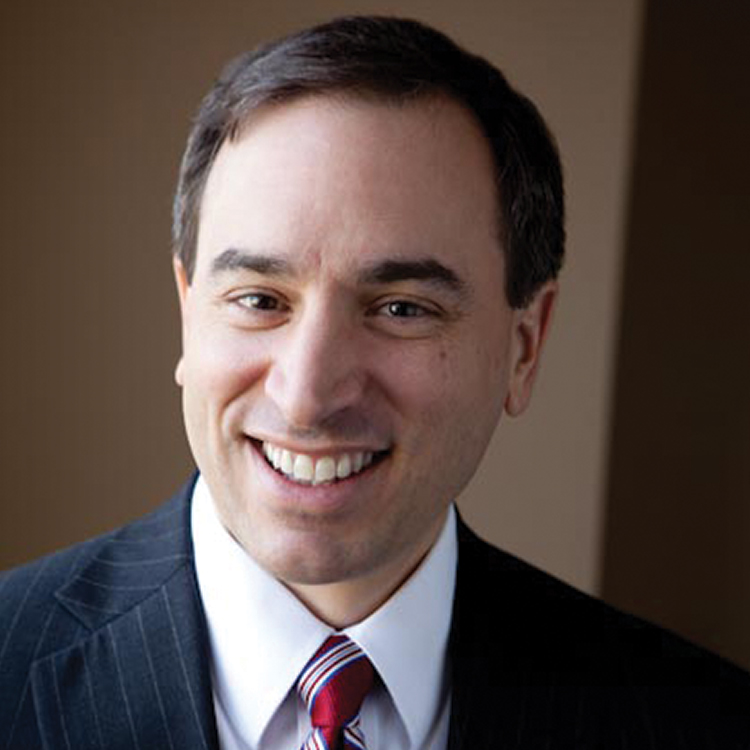 Dean joined Johnson Investment Counsel in 2002 and is a Managing Director within Johnson Family Office Services in Cincinnati, Ohio. He is a shareholder of the firm and holds the Chartered Financial Analyst (CFA) designation. Prior to joining the firm, he worked for Zurich Scudder Investments as a Portfolio Manager as well as Nations Bank and Fifth Third Bank. Dean is also a former captain of the United States Air Force.

If there was a competition, Dean Moulas would be in the running for the firm’s most extroverted individual. One co-worker, fairly much of an extrovert himself, likens a conversation with Dean to talking to a fire hose – in a good way.

At the same time, it’s easy to picture Dean as a professor holding forth in a crowded lecture hall. It’s less clear what course he would teach, as he’s equally at home discussing history, art, economic theory and any number of other subjects.

Dean grew up in Dayton, learned to play the sousaphone and went to The Ohio State University, where he joined the marching band.

While this is not a story Dean normally leads with, it is a fact that he dotted the “i” in the band’s legendary Script Ohio formation, in which the band spells out “Ohio” in high-strutting marching band cursive. The formation is one of the most hallowed traditions in college marching band history. A poster-size photograph of the formation taken from a helicopter on Sept. 20, 1986, the 50th anniversary of the Script Ohio, hangs in Dean’s office. He can walk right to it and point to his position.

Dean wanted to be a pilot and after college became an Air Force Officer. Instead of learning to fly, he spent four years as a missileer at Minot Air Force Base in North Dakota. He spent a total of 248 days of those four years on missile alert duty. This required Dean and another guy to descend 60 feet below the surface of the earth to a launch control center. A steel door would clank shut behind them and there they would stay for 24 hours, watching over 150 Minuteman nuclear missiles in silos spread across 8,500 square miles of the Dakota hinterlands.

“It was a boredom punctuated intermittently with a collective four hours of intense activity. A tremendous amount of sensitive equipment at all those silos was geared to detect any disturbance.”

“When you’re in a concrete bunker, a lightning strike could be interpreted as an electromagnetic pulse. A storm could throw snow on top of a cap to a missile silo and set off alarms. It was a whole lot of noise. You’re busting out codebooks. So at the age of 23, I had enormous responsibilities. It was a very strange point in my life.”

From his experience in The Ohio State University March Band, and to a greater extent, as a missileer in that launch control center, Dean learned how it feels to be part of something so much greater than oneself.

“I’ve been able to recreate that same sense in my life through my work here. For the vast majority of my clients, I know I am having an enormous impact on their lives, through good and bad, in sickness and in health. It’s a great feeling of fulfillment.”

He loves what he does, his involvement with so many families. He says it’s a responsibility surpassed only by his love and devotion to his own family – his wife, Catherine, and their three children – but similar in so many ways.
Executive Leadership
Wealth Management
Family Office Services
Asset Management
Trust Company
A B C D E F G H I J K L M N O P Q R S T U V W X Y Z