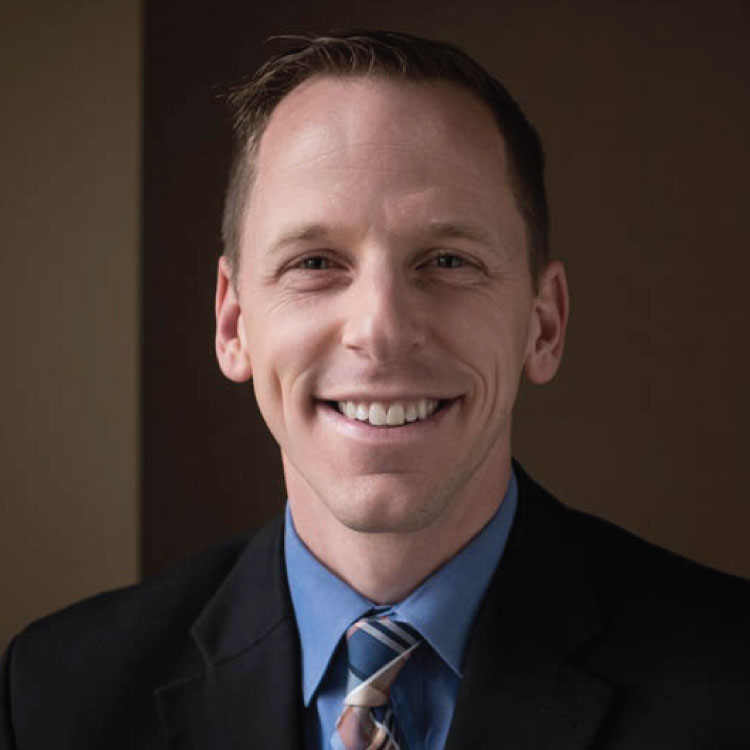 Scott has been with Johnson Investment Counsel since 2008. He serves as a Managing Director, and is a shareholder of the firm. He holds the Chartered Financial Analyst (CFA) and Certified Financial Planner (CFP®) designations. 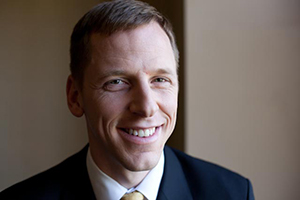 Some of the most meaningful lessons Scott Wyckoff learned came from examples his parents set; of watching them, as he says, “making it work.”

Scott was one of six children growing up in West Chester. His mother saw to the tribe while his father worked in software sales. The business, in those days particularly, did not provide the most stable employment environment. There were stretches, sometimes months at a time, when Scott’s father was between jobs.

“Having all those kids was stressful – I know that now. But Dad maintained his integrity and his calm. He and Mom trusted God to carry the family through. They sacrificed. I remember coming home and saying, ‘Hey Dad, the basketball team decided what shoes we’re going to buy and they’re 120 bucks.’ I could feel him wince – I hated telling him. But he’d get the shoes.

“He got what we needed. Without fail.”

Scott met the girl who would become his wife – her name is Leah -- when he was 15 and took a summer job at The Root Beer Stand in Sharonville. She was a waitress. His job title was “mug boy.” His next job was working for Leah’s father’s landscaping business. He found another role model in his future father-in-law.

“That’s where I really learned what hard physical labor is, shoveling mulch in 100-degree weather all day. But I’ve never seen Tim in a bad mood, then or now. It’s his faith. He’s one of those you look at and wonder, ‘Why can’t I be more like him?’”

Scott describes himself as a people person; friendly and caring. His taste in reading leans toward biographies of significant leaders like Lincoln, Hamilton, Churchill. His favorite book of all is the Bible. He and Leah have four children.

He used to play golf and work out regularly, but now it’s all about spending time with the family. He’s very much aware of needing to soak up as much as he can in these days with them.

“I want to be the kind of husband and father who walks in love and who is humble, patient and kind; the kind who keeps no record of wrongs.”

He’s big on giving clients peace of mind. “It’s neat to be able to meet with people who have no interest, no time and no inclination for managing money – and to completely lift that burden from them so they can live their lives and not have to worry about it. It’s such fulfilling work.”

“I look at the veterans in our firm and know that’s what I want to be like one of these days. I want to know I’m serving others like they have. That’s what I want my life to be. It’s the example I want to be to my children.”
Executive Leadership
Wealth Management
Family Office Services
Asset Management
Trust Company
A B C D E F G H I J K L M N O P Q R S T U V W X Y Z