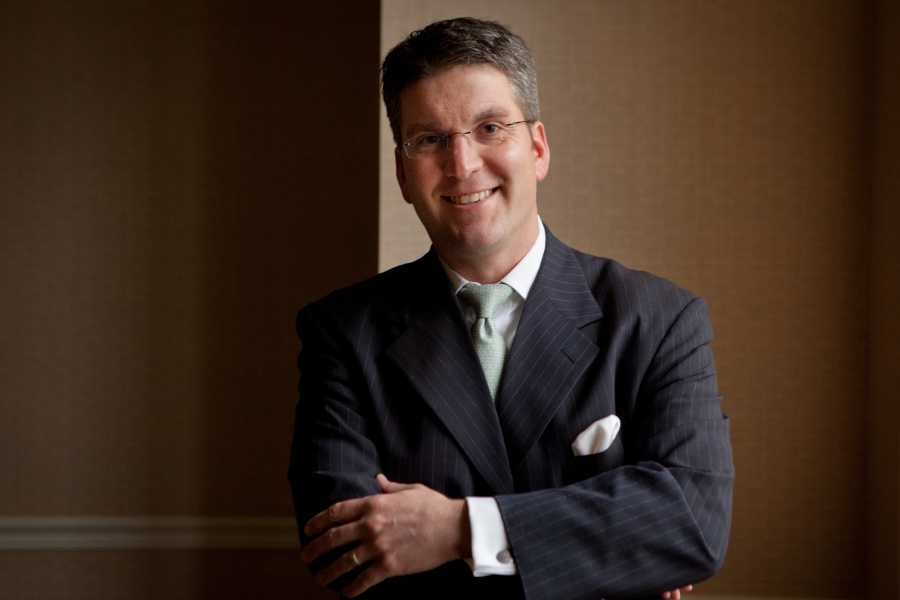 Managing Director of Dayton Market, Principal
Management Team, Wealth Management Services, Dayton
Vince Russell holds the school soccer record at Carnegie Mellon University for the most career assists. That number, for his four-year career, is 39. He gets a bigger thrill from setting up others to score than from scoring himself.

Vince grew up 25 miles south of Pittsburgh, in a town of about 4,000 people, in the Monongahela River Valley, in a part of the country where coalmines and steel mills dotted the landscape. His father taught high school science to inner-city kids. His mother was a nurse who worked various shifts at the local hospital.

“One of my main visions of my dad was seeing him hunched over his desk in the basement, working on the next day’s lesson. I’d ask him why he spent so much time on his schoolwork. His response was always, ‘The kids need me. If I’m not prepared for every minute of every class, the kids won’t learn.’”

Vince never played organized football, but he won his school’s NFL Punt, Pass & Kick contest four years in a row, from when he was 8 to 12. At age 16, he was invited to the U.S. Youth Soccer Olympic Development camp in New Jersey, which effectively made him one of the 250 de facto top high school-age soccer players in the country. This was in the summer of 1987.

He applied to a passel of Division I schools. At each, he was told he wouldn’t actually get to play soccer on the field until his junior year, at best. Vince wasn’t enthused about that. It so happened that a friend’s brother invited the coach from Carnegie Mellon to one of Vince’s games. The coach was impressed. He knew right where he’d play Vince, starting his freshman year.

“Getting into that school was the best thing that happened to me, by far. I met my wife, Maria, at Carnegie Mellon. And I have business, professional, personal, and athletic relationships stemming from my college years that, I’m sure, will last a lifetime.

“I have a dream that, one day, I’ll write a powerful book on the importance of relationships – whether it’s a relationship with yourself, your kids, your spouse, your coworkers, your religion. You name it. Relationships are intertwined in everything we do. I’m not thinking about a business book, or about how to manage relationships, or rectify a marriage. I’m thinking more about the sheer importance and power of relationships.”

Vince and Maria live with their three children in Oakwood, Ohio, about a mile south of Dayton. He coaches all three of his children, primarily in soccer and basketball. He says he tries to live each day as if he’s checking something off his bucket list.

He likes order and is a most tidy individual. If a picture on his desk is out of place, he says, he’ll find out who moved it. He runs the vacuum at home because he likes seeing the lines in the carpet.

“I consider myself a winner. By that, I don’t mean to come across as over-confident. Most people I know are winners. Being a winner is about being a good person – one who listens, understands, and gives.

“It’s about giving more than you take.”