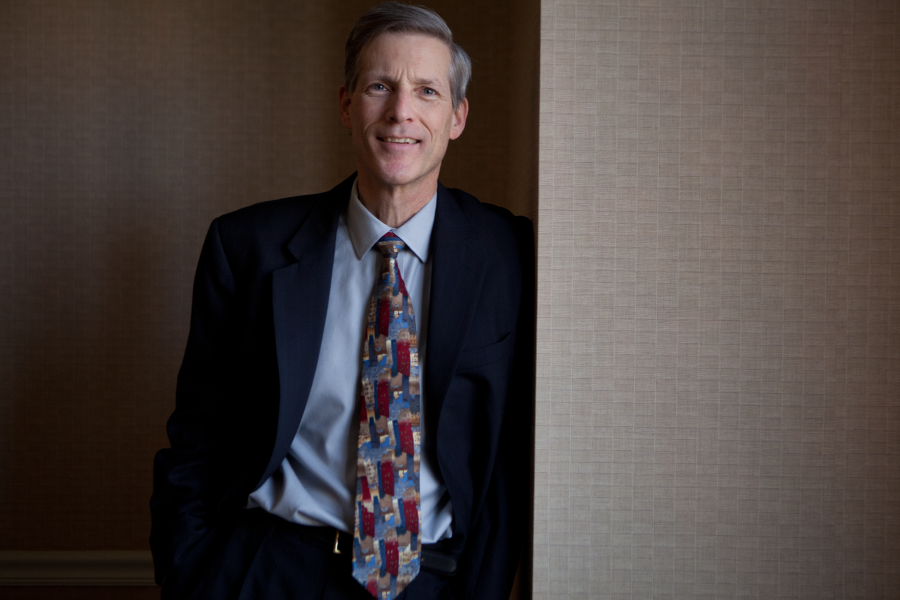 Senior Portfolio Manager, Principal
Wealth Management, Cincinnati - West
Jim Hunter grew up in a family surrounded with a clear and ever-present sense of right and wrong. The family home was a 150-acre farm outside the small, northern-Ohio, town of Greenwich (pronounced Green-which). In the summers, he mowed the hayfields, raked and helped with the baling. In the spring, he disked the soil and planted.

“Growing up on a farm, you see all the world in a microcosm. You see life and death. You see animals born, and you see them die. You learn to see it as a natural thing, not something threatening. You come to understand there are seasons that you plant at one time and harvest at another. You learn that when things go down, they’re going to come back up.”

Most of the farm work he did was at his Uncle Gerald’s place down the road. Jim’s father, Clark, was a part-time farmer and an insurance investigator. When Jim was in the eighth grade, his father was appointed Huron County Clerk of Courts, was reelected six times, and did that for the rest of his working life.

Jim’s mother, Bonnie, was the church choir director and piano player for 61 years. Jim picked up the trombone as a fifth grader. His three sisters played other instruments. Two became music majors in college.

One year, the Hunters entered a family contest sponsored by the Greenwich chapter of the Ohio State Grange. Jim played trombone, his dad played drums, his mom sat at the piano, one of his sisters played her clarinet, another played her French horn and Jim’s nine-year-old sister kept rhythm with sand blocks. They did three Irving Berlin tunes and went on to win the state prize. All four of the Hunter kids were high school valedictorians.

It quickly becomes apparent in conversation with Jim that he has the gift of empathy. “My parents would comment on it. It would come out in ways, like when someone in my family would be judgmental of, say, a referee or a politician. As a kid, I would say, ‘Wait a minute – we don’t know what this guy’s day has been like.’ I just figure, why be so negative? If someone’s acting out, they’re probably carrying a burden or dealing with something we don’t know anything about.”

Jim met his wife, Karen, when they were both part of Intervarsity Christian Fellowship, a campus ministry at the University of Cincinnati. They live in Colerain Township, where they often work on solving crossword puzzles together. Jim likes to cherry pick; Karen takes a more orderly approach. Their three grown children – Stephanie, Maria, and Nick – are all involved in mission work.

“The best part of my job is bringing a sense of order and calm to my clients’ financial plans. I tell people I’m going to handle their money as if it were my mom and dad’s. I tell them we’re going to take good care of it, and they won’t have to worry about whether it will be there when they need it.”