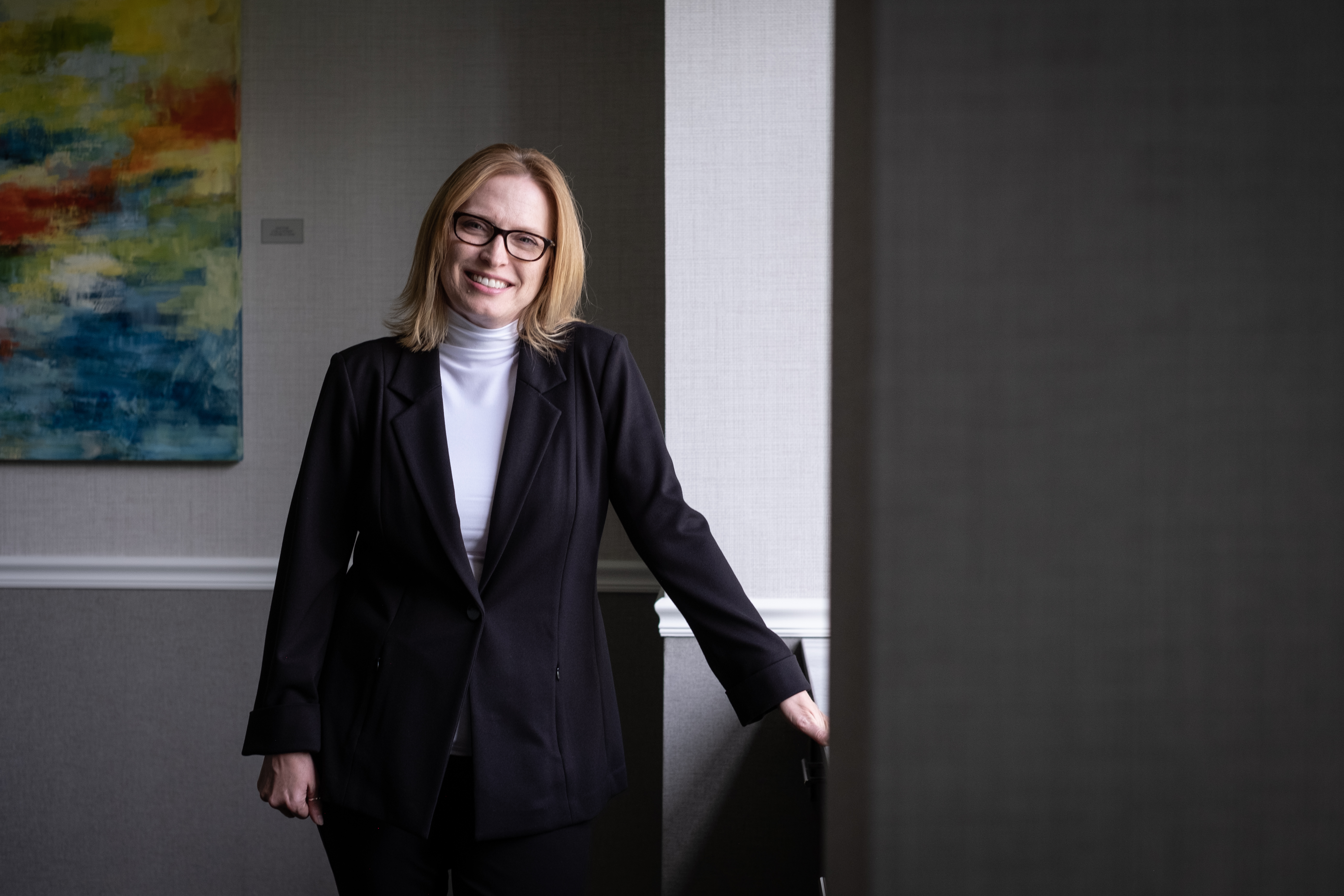 Her father’s family moved from Hazard to Cincinnati.  Her mother’s family came here from Pineville, also in eastern Kentucky.  Both were from modest backgrounds.  They met at the Church of God on Eastern Avenue, when that part of town was still very much a community of people who, like their families, migrated north from Appalachia looking for work.  They settled in California, Kentucky – a rural Campbell County hamlet overlooking the Ohio River -- because they wanted their children to grow up in the country.  They would have three daughters.  Sandy was the second.

California didn’t offer much in the way of a social life or, for that matter, neighbors.  As a girl, Sandy was an avid reader and remembers reading all the Nancy Drew mysteries.  She favors mysteries and thrillers to this day, naming Harlan Coben as her favorite author.  Every summer, she worked in the family garden helping to raise corn, green beans, tomatoes and the like, weeding, then harvesting.

At the age of 19, Sandy decided to leave her parents’ home to seek a larger world and, a year later, was supporting herself with various jobs at Jergen’s.  She stayed there the better part of 10 years and was 26 years old when she began taking finance classes at Northern Kentucky University.  Along the way, she found herself in a marriage that didn’t work, raising two children on her own – a daughter, Jessica, and a son, John, who was diagnosed early on with autism.

She thinks of herself as a boring person, but she isn’t.  All the personality assessment tests she has taken, all the StrengthsFinders, list as her No. 1 attribute responsibility.

“That’s probably because I was a single parent for 15 years with a special needs son.  That one factor is the thing that more than anything has made me responsible and resilient.  It’s also why I didn’t become a portfolio manager like so many others do by the time they’re 30.  I didn’t graduate from college until I was 32.  I’ve been at Johnson Investment Counsel for 21 years.  It took me longer to get here.”

Sandy passed the exam for her Certified Financial Planner (CFP®) designation on the first try.  Before she’s finished, she says, she wants to make a difference.  She cares deeply about elevating girls and women, likely as the result of being a single parent with a daughter, working in a male-dominated industry.

She and her husband, Rob, share a home with her kids in Cold Spring.  Rob retired from his quality control job at Castellini and handles all the household stuff while Sandy pursues her career with the Firm.  She describes her husband as an excellent cook, a wonderful life partner and a great dad.  She will tell you that she’s not at all flashy, she never engages in risky behavior of any sort and that she is a conservative spender and a planner at heart.

“My relationship with God is extremely important to me – to both of us.  I’d be lost, especially during trying times, without my faith in Him.  I continue to seek God’s purpose for me.  I believe we all have very specific reasons to be in this world, and I want to be able to use my talents in the ways God has intended for me.  I’ve had challenges being a single mom with a special needs child.

“But every day, I feel incredibly blessed and so grateful to have a fabulous life.”